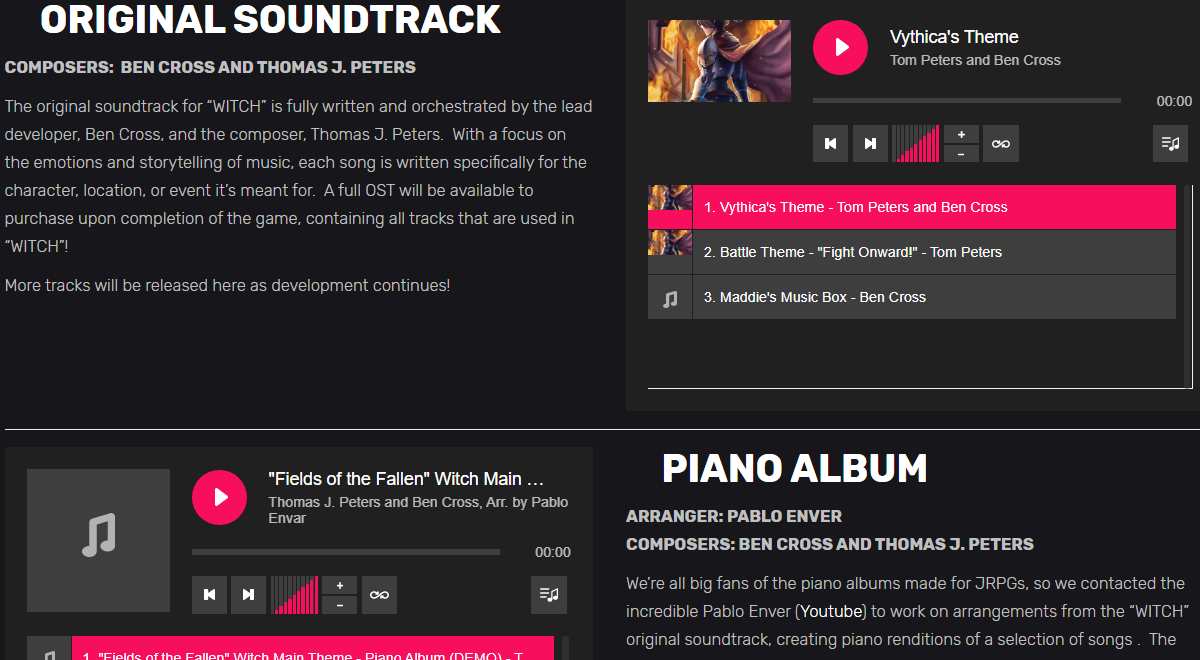 We’ve recently added a “Music” tab to the “Media” menu!

Selections of the official soundtrack will be added over time to the page, giving you the ability to preview some of the game’s music before we launch, as well as revisit favorite tracks after we’ve completed development.  A full soundtrack may be available for digital or physical purchase once it’s completed, and may be offered as part of crowdfunding or special editions if either occur.

As well, we’ve added a section for Specialty albums, like our Piano and Retro albums.  As these are smaller, more hand-picked selections, the music will only be a demo of the track (approximately 30 seconds) rather than the full song.  More information will be released on these albums, including where to purchase them, later in development.

We’ll be adding more music over time, so make sure to check back often!

Visit the link below for direct access to the page:

The Music of “WITCH”